I love Denzel. I think Mr. Washington’s acting skills are top shelf, primo, well crafted, and all around just plain good. I see all of his movies; if I discover one I missed, well then I see that too.

Due to the COVID-19 pandemic, I recently subscribed to HBO Max so that I could see the new Warner Brothers movies – if you are not aware, WB has decided to stream all of its new 2021 releases on HBO Max for 30 days simultaneously with the release in the theater. This, dear reader, is how I found The Little Things. And believe me when I say this is aptly named, but not necessary in the best way possible.

END_OF_DOCUMENT_TOKEN_TO_BE_REPLACED 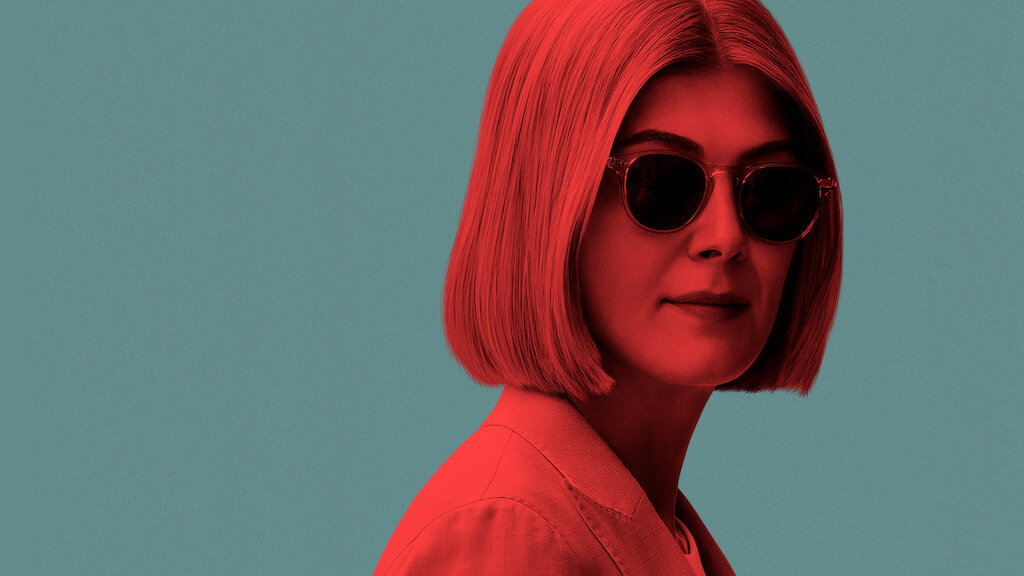 This movie was recommended to me by a friend named Alex 1.0  who nearly wasn’t a friend for recommending this movie. You see, 15 minutes into the movie Peter Dinklage hadn’t appeared and I really, really needed for him to save the day because the protagonist of the story was the worst – I mean I even told Jennifer the Yankee, who is amazingly anxious to see this movie, that is as the scariest movie I had ever seen in my entire life. how is that for a ringing endorsement? The thing is, the horror wasn’t because this was a horror movie, it’s because I am a middle-aged American.  To be fair, I also didn’t know what the movie was about. I watched it without having watched the trailer (which follows), or reading anything about the movie.

I do feel the need to warn you – the ending may not be what you expect it to be.

END_OF_DOCUMENT_TOKEN_TO_BE_REPLACED 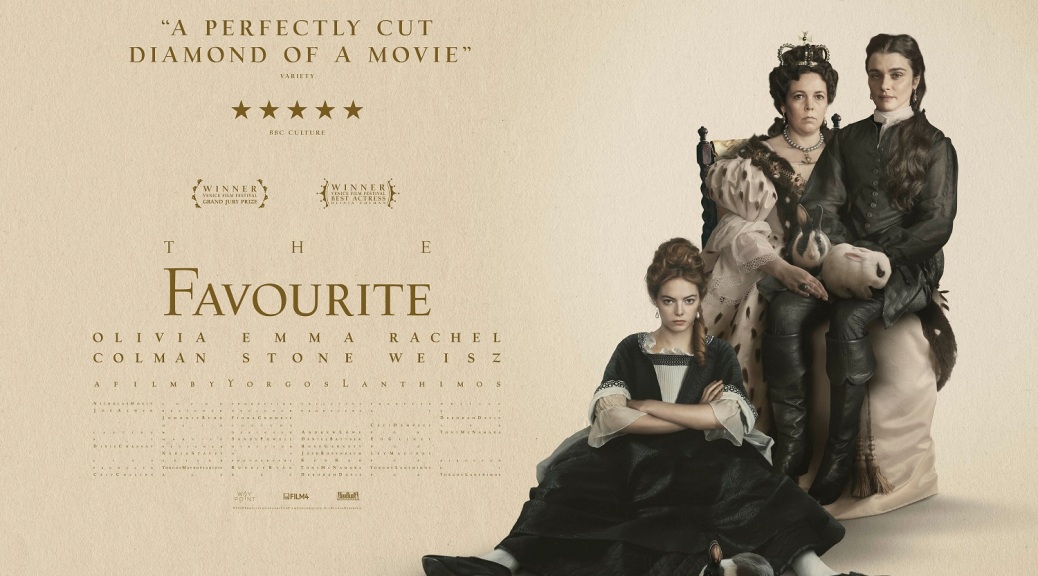 Some movies like to tell of grand adventures. The Favourite starts in the mud and tells a “small” story instead, and then expands to give a political power play between cousins, one at the pinnacle of society, and one fallen from those heights and trying to reclaim her position.

Released on the 23rd, The Favourite didn’t see a wide release, so you may have to do some looking around to find it, but to me it was worth the search.

Spoilers after the trailer, of course.

END_OF_DOCUMENT_TOKEN_TO_BE_REPLACED 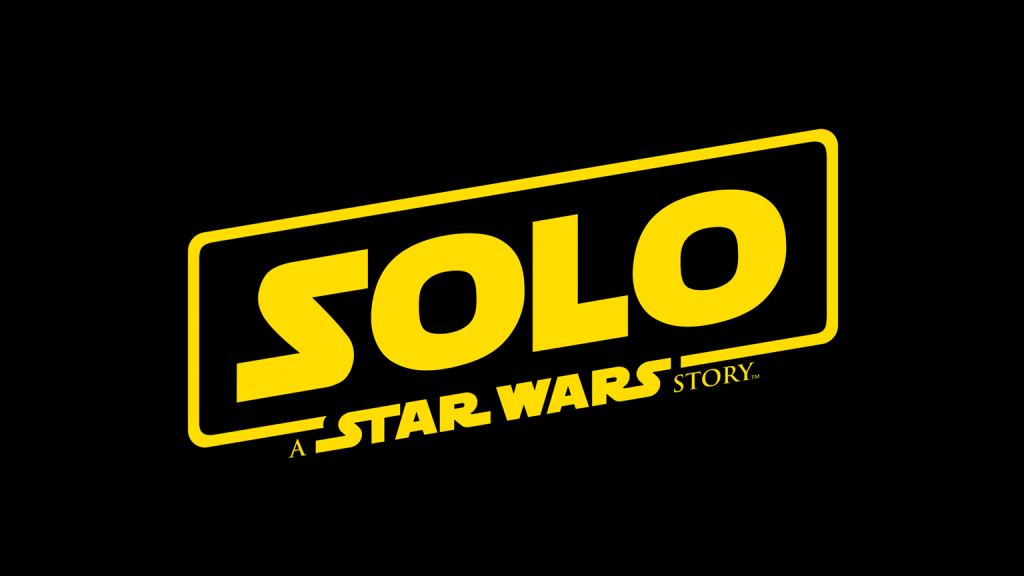 From the beginning, I had my reservations. Sadly, they were well founded.

Ehrenreich’s hair was that of someone in a boy band, and looked too styled to be a scruffy nerfhearder.

His voice to high pitched and whiny.

But it went further than that. The character had no real connection; there was no earned relationships. What should have been moments of “oh my lord what did I just see?!” were played way to casually “oh you again”.

I don’t want to say too much – I know I am in the minority and worry I will ruin it for others, so I will just say this:

This is a good movie to watch on USA Network when they get the eventual rights and you have nothing else to watch on a Saturday afternoon. 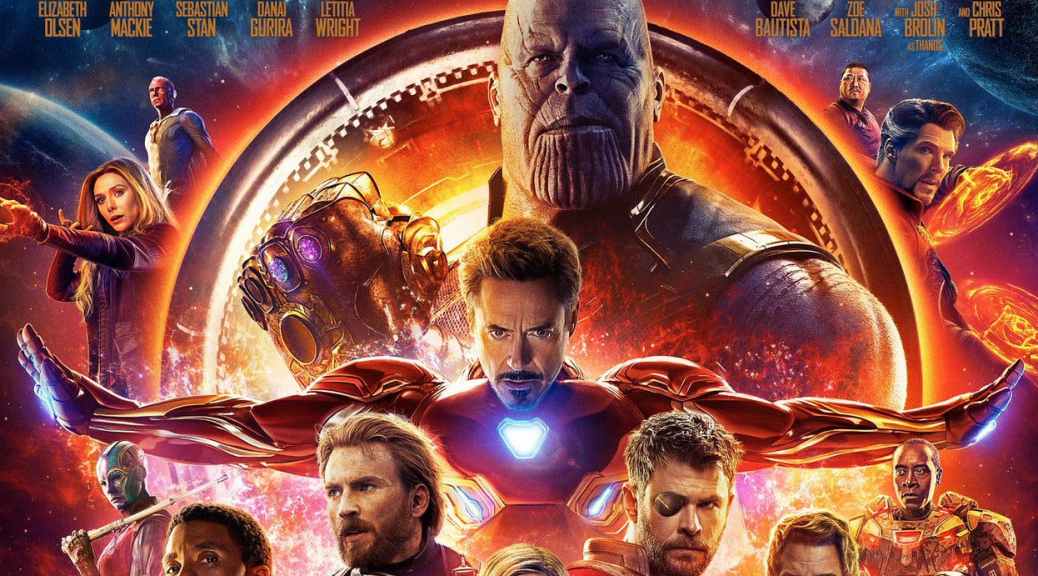 Well, that time is almost here. In just a few short weeks, we will be watching as the Avengers (and Guardians of the Galaxy) try to stop Thanos from killing half of all living beings in the universe in Marvel’s Avengers: Infinity War.

If you are considering watching the Marvel Cinematic Universe movies leading up to this event, there are two options: watching all of the films, or just the ones that reference an Infinity Stone.

For your convenience, here is a list of both viewing options, with times for each movie. Additionally, they are ordered in chronological time, not original release order.

END_OF_DOCUMENT_TOKEN_TO_BE_REPLACED 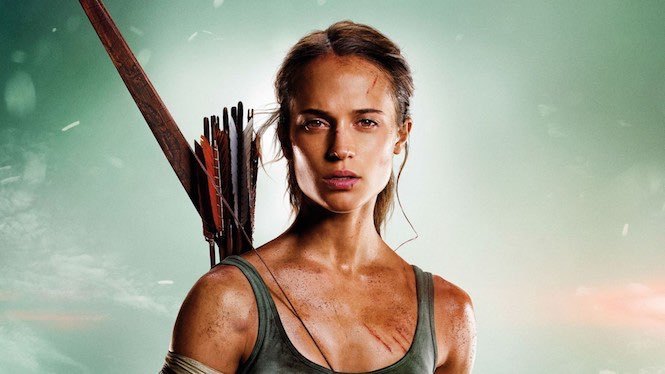 Lara Croft is a problem solver.

Lara Croft is what we all want to be.

END_OF_DOCUMENT_TOKEN_TO_BE_REPLACED 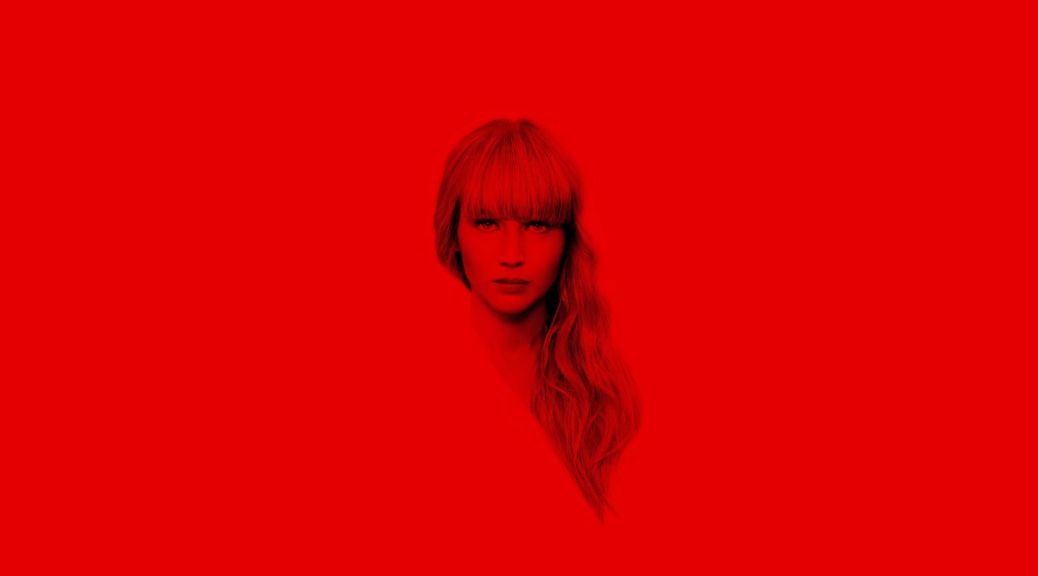 For all the positive stereotypes (strong, agile, dexterous) that surround dancers, there are many negative ones as well (lack common sense, unintelligent, flighty). I once dated a dancer who specialized in modern dance, and I can tell you that not all dancers fit these categories, especially the negative ones.

Red Sparrow, released this week in the United States, shows the general audience what I learned long ago: don’t underestimate dancers.

END_OF_DOCUMENT_TOKEN_TO_BE_REPLACED 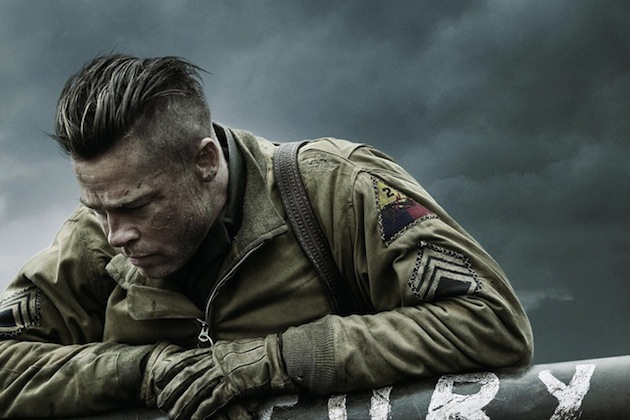 “Ideals are peaceful. History is violent”

“Fury” is an honest portrayal of the brutality of war, the toll it takes on soldiers, and how those soldiers manage to fight on in the face of overwhelming odds. Make no mistake, this is not a movie for the squeamish. “Fury” tantalizes us with calm, and then hits us square in the jaw; and this happens from jump street.

As always, very minor spoilers below the trailer; nothing that will give away the overall plot or ending.

END_OF_DOCUMENT_TOKEN_TO_BE_REPLACED 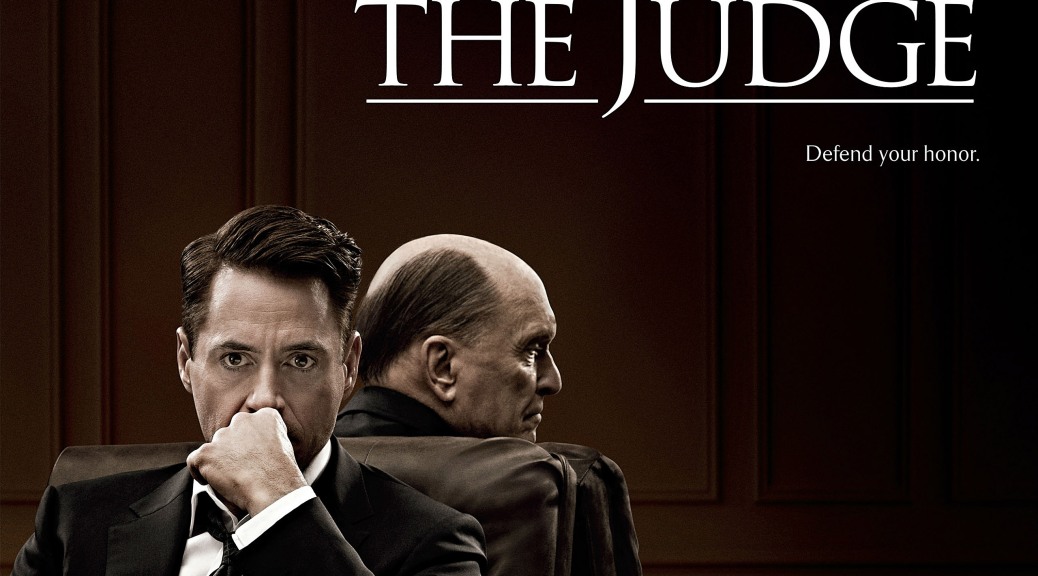 Tis no secret among those that know me – I love movies. I always have had, and always will have, a soft spot in my heart, mind, and soul for a well written and well acted performance.

I have been looking forward to The Judge for quite a long time. After reviving his acting career as the (in)famous Tony “Iron Man” Stark, Robert Downey, Jr. was given a second chance – a chance to prove the potential everyone knew he had before his personal demons ruled his life. He has vanquished those demons, and realized the potential he showed as a younger man. The Judge is proof positive of this.

I would describe the theme of The Judge to be one of reconciliation; a story of “tough” love; a story of compassion. The Judge will sway you, and hopefully make you think. It will make you feel. The movie is long at over two hours, and some might feel it is slow paced – it’s not an action movie. This is a character study – this is the story of a man and his father. While these things are true, there is suspense, and not just of the courtroom variety.

I often find myself saying about movies that I would recommend them to my friends, and I worry that I over say this at times. Even so, I recommend you see this movie.

If you are a person who dislikes knowing what is going to happen in a movie, I’d like to caution you now. If you proceed below the following trailer, you’ll learn more about the movie than you might have preferred (though you will need to continue to understand the title of this article).

END_OF_DOCUMENT_TOKEN_TO_BE_REPLACED 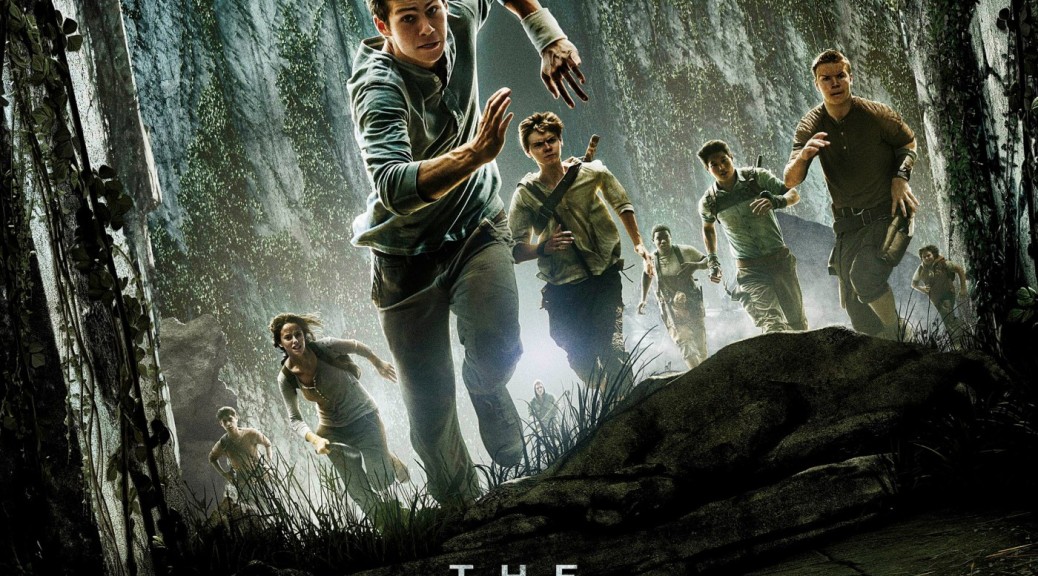 This week, I decided to give The Maze Runner a trial run (see what I did there?). It was a last minute decision, and I was sure I was about to see another knockoff Hunger Games movie (I’m looking at you Divergent).

The Maze Runner is an intelligently written, and well acted, adventure mystery. Full of unknown actors (though the actor playing Gally did look like he could Chipper Jones’ son), I was very pleasantly surprised. This movie does a great job of asking the question, “What is home?” Gally really raises a great question. He was a great catalyst in the movie and lent credence to  a theme other than just “teens versus monsters”.

Home is different for each of us. We all come from different walks of life – we all acclimate to our surroundings as we grow – we all internalize and identify with our environments. Even prisoners.

Do you ever wonder what life would be like elsewhere? Do you have the curiosity of Thomas, the main character, or are you content with a static environment? Themes like these are fantastic motivators and instigators of internal and external challenges. The Maze Runner does a great job of characterizing these challenges, while not skimping on the action.

This movie was definitely not Divergent; it wasn’t even Hunger Games. This movie lived and breathed on its own, and succeeded.